In Angkor Century we stayed in a very big Hotel. The event was hold right behind the hotel at the hotel park. There was also a backup of the hotel, a huge PR signboard stood on the road in front of the hotel, which was a big demonstration of Mr. Okada's last year's demonstration photos, which seemed very pleasant. (Pic-1)

On 20th all preparation were completed and we had a very hot summer day with over 35°C during the day in the outdoor exhibition. Each booth was under big tents, what were joined with multiple other big tents The fight against the heat has been started!

First, because woodcut prints were strictly prohibited from direct sunlight, we placed and replaced our booth, which was originally placed at the edge of the tent, to the back of the tent.

Next, I raised the floor of the craftsman's work but I prepared it in another way than last year.

First of all, we procured a large number of bricks (blocks) as the foundation locally, the boards to be placed on it were diverted from the table board, and furthermore, on top of it, the rugs borrowed from the hotel were laid and completed .

I was about to arrange a table around it and trying to create a work exhibition and slide experience line, the clouds suddenly became suspicious. Although it was before the rainy season, a lot of rain started.

The rain fell downwards at the boundary between the tents, and it was discovered that rainwater was accumulated on our booth, and we needed to drain it. 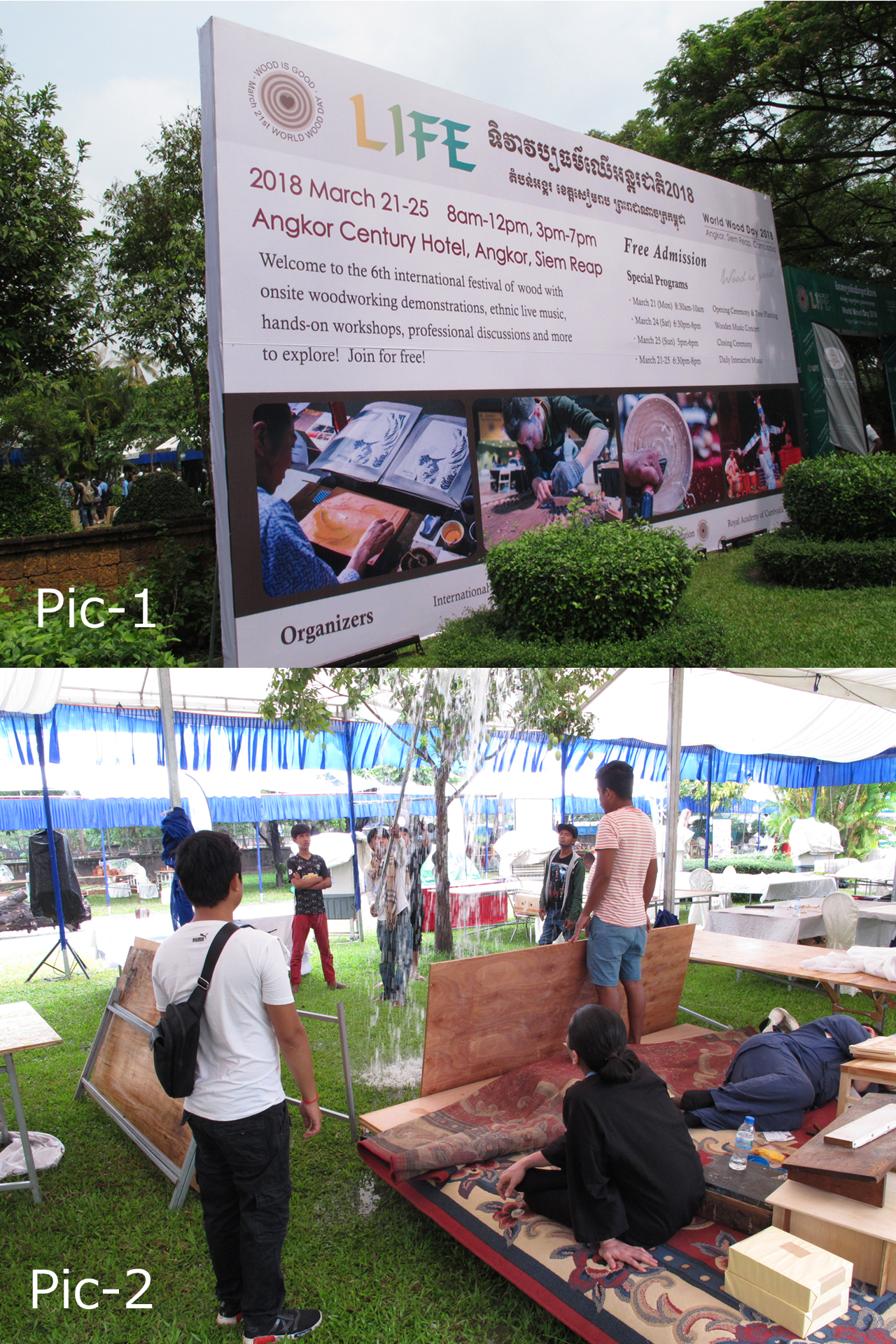