On 21st, the rain has stopped, and the day started with an opening ceremony. Unlike last year, a lot of outside news photographers came this year. This year, Cambodia seemed to support the event by raising the country, it seemed to be because the national VIP was invited as guests. However, because the booth was not ready, we dropped out of the way and headed for the event venue, preparing for the rush.

First, Mr. Okada, a professor, tried and tried in haste in order to decide the hue and density of the four color paints required for experiences. (Pic-1)

As expected, the engraving works were well done, and it was confirmed that there was no problem in particular with this wood and it was a good finish for a trial ride. (Pic-3)

At the process we will use paint, woodblock, brush, valen, glue, handwipe and woodblocks. The whole process is separated only into four steps. (Pic-2)

IWCS mark and Angkor letters are stamp compatible. We put these in the final step (4th step), so that the experienced person can press the position freely after completion of sliding.

When the opening ceremony finished, guests visit one after the other, so some preparation were completed just in time, and full-scale operation has finally started. 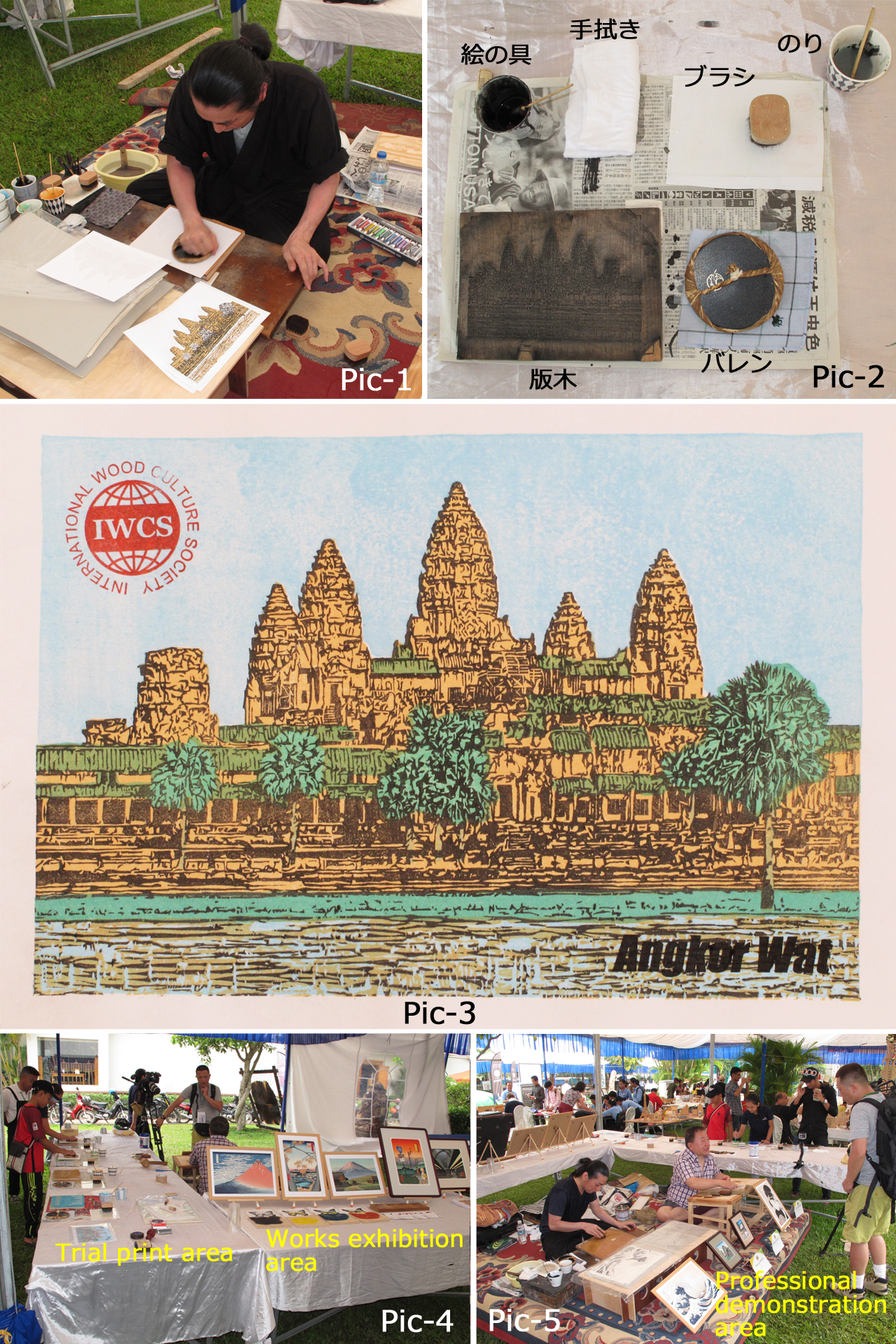