When I started full-scale operation, somehow some African colleagues came near to our booth. As I later learned, it was at the opening ceremony that the press clubs surrounded the VIP, the current minister of science in Cambodia, the former president of Nepal, who also came to our booth.

While I explained the traditional woodcut to the Minister of Education and talk about how to create the woodcut prints of Angkor Wat, I heared close to my ear someone saying "Souvenir! Souvenir!" This person was Mike Ho, the chief of IWCS (International Wood Culture Society) supervisor. He asked for a present for the minister of Education. So, it was good that I gave the minister the best ones as a freshly prepared trial product. Mr. Mike Ho was delighted to see the work very much. Because the IWCS stamp was pressed. I previously had downloaded the logo “secretly” from the IWCS website, cleaned up the image and ordered it as a stamp. I was thinking, it might be an issue, since I didn’t ask for permission, but Mr. Mike Ho was so thankful, it was no problem and he really appreciated the action

After that, we finally got ordinary visitors and had an experience of rubbing while explaining, but everyone was delighted when it finished to Angkor Wat as it was.

After a while, another unusual group came to our booth. It was an interview from a TV station in Cambodia this time. I received and answered about 5 questions, I had paid various images to the camera, but I did not have time to watch the local TV, so it is unknown what kind of video eventually flowed on TV.

Such a thing finished somewhat well on the first day of operation, but from the next day it was like the hell. I do not know whether Minister of Education or local TV effect, but from the morning a tremendous number of visitors, especially elementary and junior high school students rushed. It became a state of confusion about "It can not respond at all"! (Pic-2 to 6) 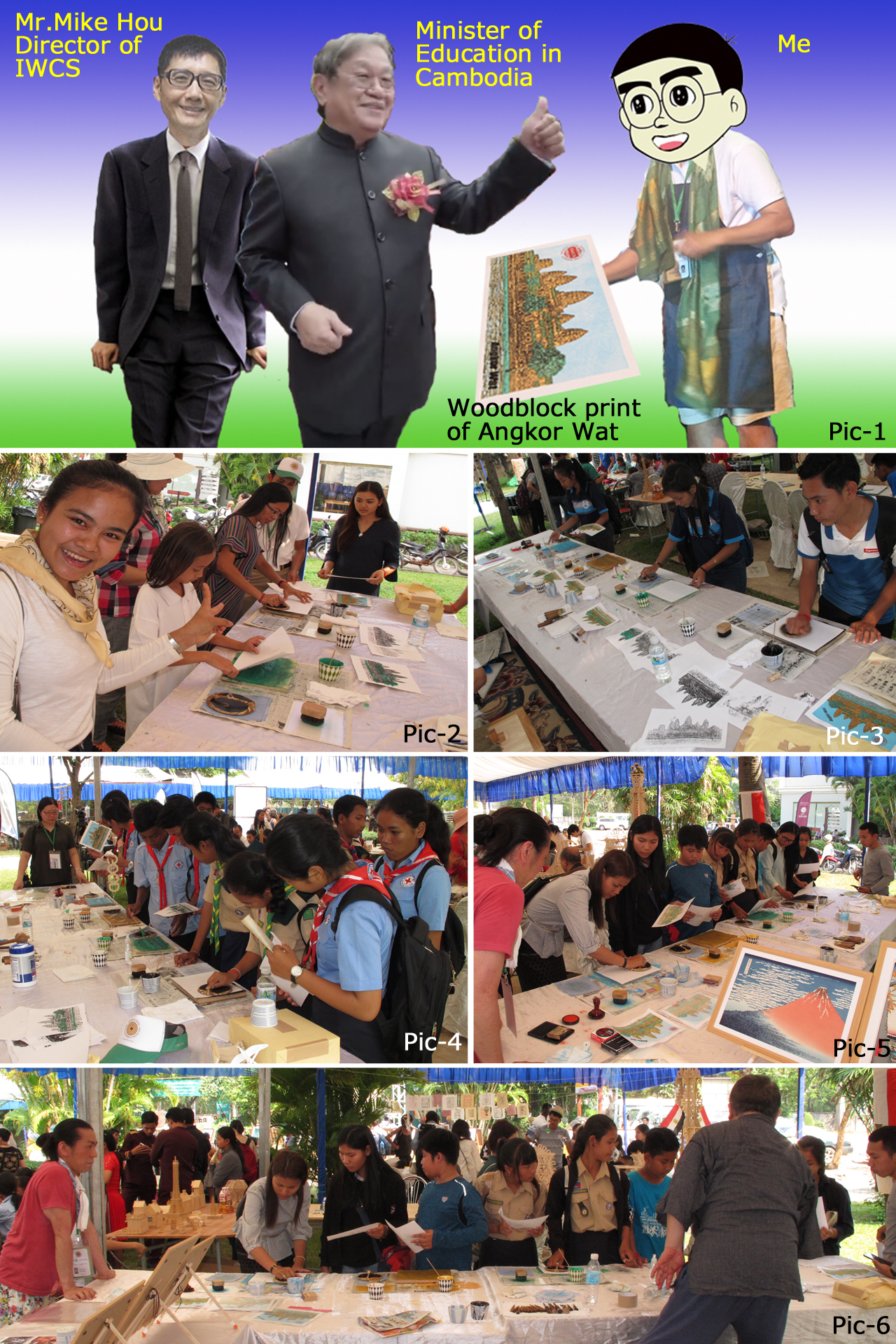