This time, I made a custom-made woodcut print of Angkor Wat for the experience, but initially, can I make woodcut prints for hands-on experiments from IWCS staff in charge? It was a fairly vague request of the order. In addition to being able to bear all our traveling expenses and preparatory expenses, IWCS said that he intends to bear the cost of preparing this handwritten woodblock print, and that he would like to get a quote first.
In addition to the tools required for each process, such as dedicated valle and brush, there are great differences between when creating a new log (Plan-A) and when using an existing product (Plan-B) It estimated 311,000 yen, the latter is 81,000 yen. Although Plan - A was expensive, it had the advantage of being able to make original things according to the event, but there was also a story that the person in charge wanted to tell me about Plan - B in detail, so that it would be Plan - B I was thinking.
However, the final decision was finally given for the first month before departure, but the answer was "what other than Plan-A can not think". The event ended with great success thanks to that, but I was wondering who decided that decision to the end.
It was the day after the end of the event, that is, my return home, but by chance I met IWCS general manager Mike Ho in the hotel lobby. I also tried to talk about this as a greeting and asked if Mike was not making this decision. Then the answer was 'YES'.
As I mentioned to Mike, "I am very grateful for making a new trial called custom made woodblock print," Mike shook hands with me and said, "I did an experiential event with that woodcut print Thank you so much, really thank you! "On the contrary very much thanked you.
Regarding future World Wood Day, I was happily spoken to say, "I will be decided in Austria next year in 2019 and Tokyo will be finally decided in 2020 after the coming year."
Yes, it seems that 2020 will be held in line with the Tokyo Olympic Games, we have been planning to do so from now on, so it is said that it was decided at the end as we proceeded with the adjustment with the Japanese side. I felt it obsessed that this person was not the one of us.
After returning home, I found the related web page. Although it is not an article of the stage which was decided yet, I can see that a large organization is moving also in Japan. Mike · Ho's photos are out, but please refer to the following URL: 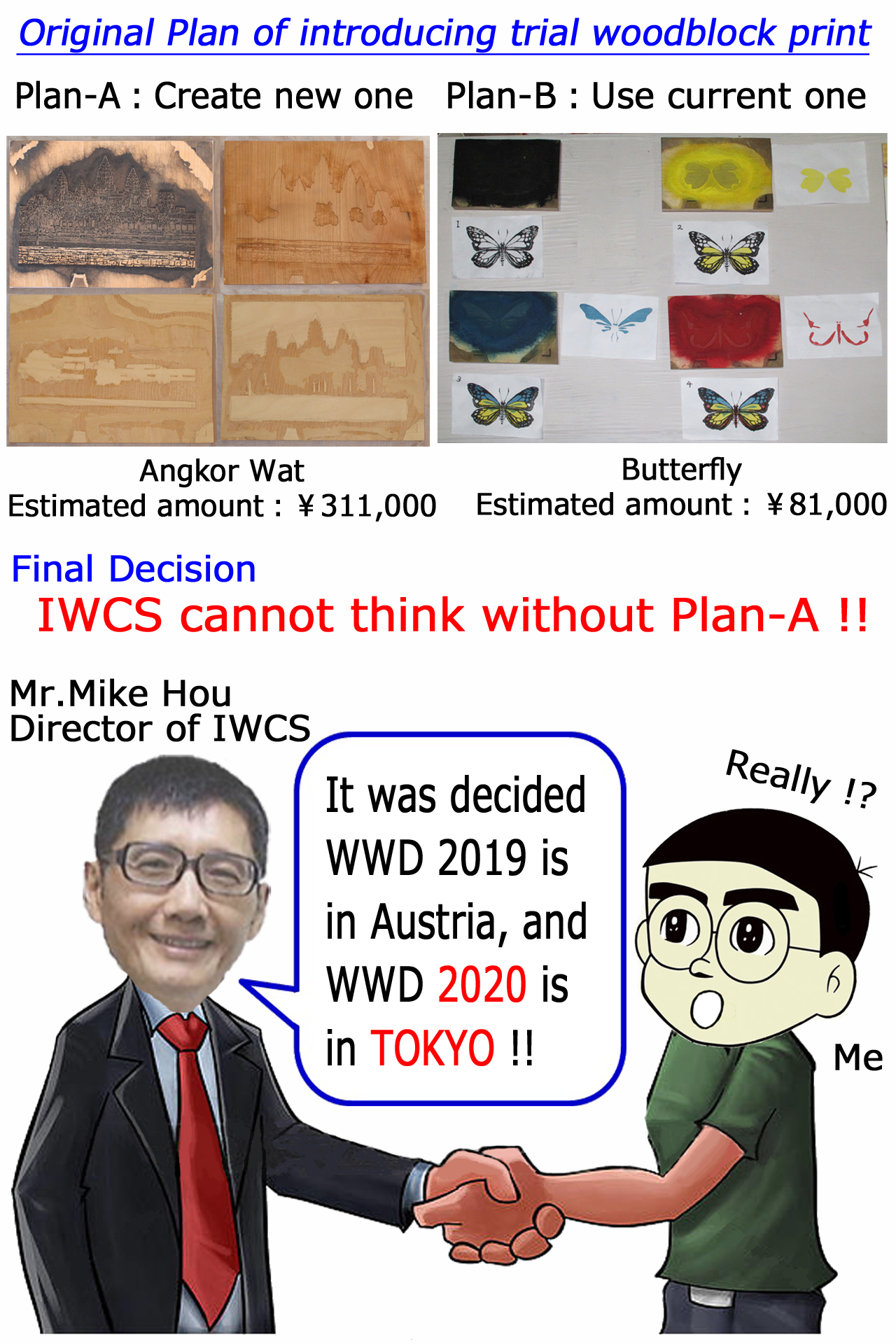