The current Nihonbashi is carved up to the details by Horishi, and the night view is made superimposed print emotionally by Surishi. 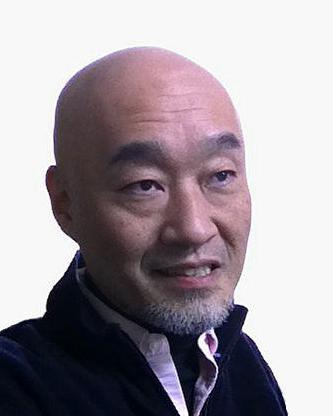 He was born in Kyoto in 1964 and lives in Kyoto.
In 1997, he invented a digital-art by his original technic, produced with the point of freehand drawing carefully on a Washi (Japanese traditional paper), making full use of PC, digital camera and printer. He is the painter who is unique in the world, as he can draw the world of the Ukiyo-e using the modern latest tool, while having his opinion “Ukiyo-e should not been antique”.
From childhood, he was highly influenced by Ukiyo-e, especially Hiroshige Utagawa’s landmark pictures. And, he has the view of world should be called “Hiroshige of the Heisei era”, warm and slightly nostalgic style are his characteristic, even representing modern landscape.
As he is also very interested in traditional technique of woodblock print by Horishi and Surishi, it was able to become the woodblock print from the one of his representative works. 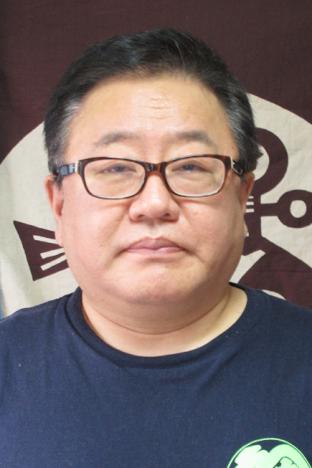 He was born in Tokyo in 1957 and lives in Arakawa, Tokyo. Senrei is his professional name, his own name is Yuusuke.
He was born in family of the Surishi, but his father of 2nd Senrei recommend to become Horishi.
So, he has become a pupil of Horishi master: Hanbei Okakura 7 years since 19 years old.
As he has high technique with 38 years long career, not only he can carve on the original picture faithfully, but also he can carve very creative making up for the sweet line of the original picture.
In this work, the situation of the sea wave is expressed beautifully by his technique.
He is challenging carving work actively not only for classical design such as a Ukiyo-e, but also for modern design such as Shin-Hanga and Modern Hanga.
He is also making effort for the education of the pupil for the next generation’s Horishi.
So, he was given the professional name “3rd Senrei” on October 2013.

He was born in 1983 and lives in Jyousou city of Ibaraki Prefecture.
He had learned wood carving art of Buddhist statue at Traditional Arts College of Kyoto.
After the graduation, he has engaged in Surishi belonged to S.Watanabe Color Print Co.
In 2012, he independent from S.Watanabe and he has been Surishi on his own.
He has 8 years career, and he has obtained high technique of Surishi from S.Watanabe Color Print Co, which is famous for publisher of Shinhanga represented by Hasui Kawase. A lot of Surishi’s printing techniques including gradation and roughish are used in Shinhanga.
In this work, he proposed to introduce scattering and sticking technic using gold and platinum powders to represent atmosphere for the beautiful white beach. He is a new generation Surishi who are using traditional technic as Shinhanga and introducing a new technic on his work actively.