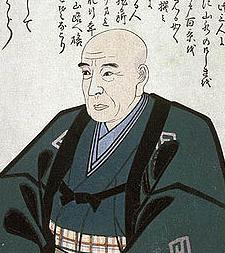 Hiroshige Utagawa (歌川広重, 1797 – Oct 12, 1858)
Hiroshige was born in 1797 present in Chuo-ku, Tokyo.
His father was fireman, but he didn't take over his father and he advanced to the way for Eshi (illustrator) after his father dead in 1809, because he had talent for drawing since he was child.
He became a pupil of Toyohiro Utagawa at 15 years old, and he was given his business name Hiroshige Utagawa in 1812.
At the beginning, he drew painting of bijin-ga (pictures of beautiful women) and yakusha-e (portraits of Kabuki actors). After his master died in 1828, he started to draw landscape pictures.
And, he is getting popular as an Eshi.
"The Fifty-Three Stations of the Tokaido" in the Hoeido edition (1833–1834) has made a great hit, and he drew many landscape pictures of Tokaido which is main road between Edo to Kyoto.
He has also drawn many Kacho-ga (painting of flowers and birds) which excelled in poetic sentiment.
His work is characterized by its realism and poetic atmosphere.
In later years, he drew a big series of "One Hundred Famous Views of Edo" whose scenery of seasonal Edo is well drawn with unique viewpoint and very sensitivity.
This series is famous for Gogh (Vincent van Gogh) copying and influenced Gogh's work.